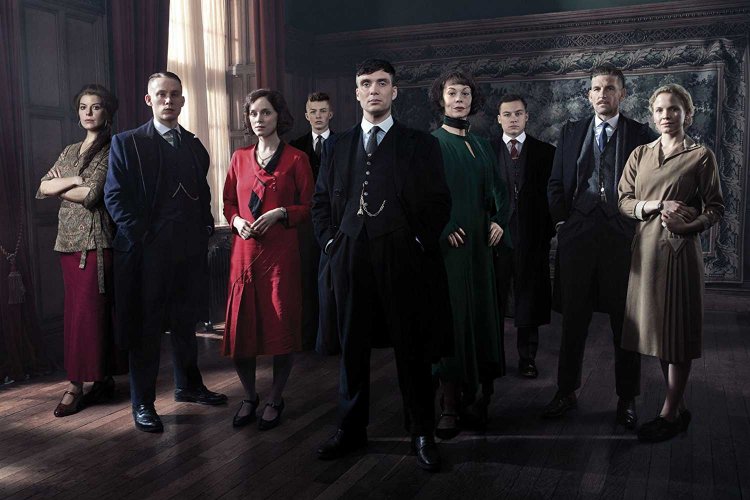 It is set to take place at a time when England is on the verge of a Fascist breakout.

A hard rain fell towards the end of the fourth series of BBC One’s ‘Peaky Blinders’ when Thomas Shelby walked out as an elected Member of Parliament. The Steven Knight-written series, which follows the Shelby family as they rise from poverty to becoming one of the most notorious gangster families in the 1920s Birmingham, is set to return with its fifth series. With the trailer coming out it can be said for sure that ‘Peaky Blinders’ in about to take a whole new leap into the grips of the Facist leader, Oswald Mosley.

In spite of its hard-hitting early 20th century Birmingham accent which is pretty difficult for the audience to get a grip on, ‘Peaky Blinders’ much-awaited return has put the stakes pretty high. Series 4, which killed some of our beloved characters, such as Alfie Solomons (played by Tom Hardy), was gripping and left us on the edge of our seats until the last moment. We also saw Thomas welcome a new child with Izzie but at the same time he gave up on some old alliance such as Jessie Eden whom he utilized as a stepping stone into making his way to the Parliament. Now with a legitimised title of the government, Thomas has attracted the interests of Mosley who is about to take England by his Fascist storm.

As we return to Small Heath, Birmingham, here’s all you need to know about the upcoming series:

Although no release date has been given yet, ‘Peaky Blinders’ might return towards the end of this year. Watch the trailer here.

The fifth series will be darker than ever. (IMDb)

Picking up with the ultimate conclusion of putting Thomas on the edge of a political game, it is only fit to say that ‘Peaky Blinders’ is about to take an extremely political turn. During an interview, Knight gave a glimpse about the Blinders’ immediate enemy, the Billy Boys. Led by a former member of the British Union of Fascists, Billy Fullerton, 'Billy Boys' were probably one of the most controversial gangs of the era. Originating sometime around the 1920s, this Protestant street-gang was infamous for its clashes with other street gangs, especially the Roman Catholic street gang, Norman Conks.

Knight has mentioned, “This (season) is about a particular gang called The Billy Boys who become an issue for our friends in Birmingham”. Rightly enough, the trailer did give us several instances where the Fascist leader, Oswald Mosley expresses his interest in the Shelby clan. Giving a closer look into Oswald’s influence on the era, Knight explained, “Because the thirties it was the rise of nationalism, populism, fascism, racism – a huge sweep across the world. And you look at the world now – and what I hope people might take from this is: what was the consequence of when it happened last time? Nine years later there was a world war. And so maybe, not such a great idea. That’s what happened before, and there was this real movement of, ‘We must protect ourselves, foreigners are the enemy, and it’s everybody else’s fault.’ And it was hugely popular. Mosley was getting a hundred thousand people at his rallies and there was a hundred thousand people trying to get in. [They] loved it. But what happened?” And I think people will find it staggering, or they’ll think I’ve made it up – that the language, phrases, and sentences that were used at the time, are not dissimilar. They’re the same language completely. Which is quite chilling.”

The old Peaky Blinders are returning with a lot of charisma and some unusually spectacular style. Cillian Murphy looks like a tired but equally passionate Thomas Shelby whom we had seen in Season 1, and he is re-joined by a more mature but equally aggressive Paul Anderson, a more baffling but equally steady-headed Helen McCrory, as always concerned but stern Sophie Rundle. However, the gang will be joined by Anya Taylor Joy who perhaps plays a love interest to one of the Shelby boys and by Sam Claflin who is taking the challenging role of Oswald Mosley.

All in all, ‘Peaky Blinders’ continues with its aesthetic visuals and soaring scores that have always added the beneficial factor of periodical drama to the series. However, hopefully it will continue to maintain its sombre but refined tone of storytelling.

'The Family Man' season two premiere to be postponed?

Guddu Pandit Sends a Surprise Package with a Special Message...

Cush Jumbo exits 'The Good Fight' ahead of season five