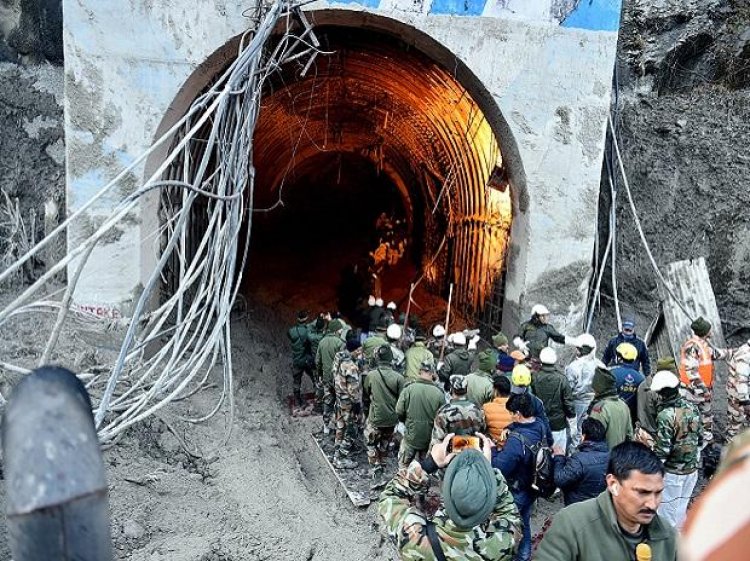 Chamoli, Uttarakhand: The National Disaster Response Force (NDRF) personnel on Monday have reached up to 171 meters inside the Tapovan tunnel.

According to NDRF, the excavation work went on from 11:50 pm to 2:15 am last night to dewater the tunnel.

Union Home secretary Ajay Bhalla is scheduled to hold a meeting today with Director General of Police (DG) SS Deswal of Indo-Tibetan Border Police (ITBP), Uttarakhand state officials, and other senior officials to discuss further course of action on the artificial lake created after the flood in Chamoli district, according to government sources.

The progress of rescue and relief work will also be discussed in the meeting. Search operation and dewatering process continue in the Tapovan barrage area and tunnel respectively, in Chamoli district. A total of 68 bodies have been recovered so far following the glacier burst in Uttarakhand.

Divers of the Navy undertook the task of recording the depth of the glacial lake formed in the upper reaches of Chamoli district in the aftermath of glacier burst on February 7, the Indian Navy said on Sunday.

NDRF personnel rappelled way down the mountain to install a gauge in the Dhauliganga river in Chamoli. A glacier burst in the Tapovan-Reni area of Chamoli district of Uttarakhand on February 7 led to massive flooding in the Dhauliganga and Alaknanda rivers which damaged houses and the nearby Rishiganga power project.

Here's how you can make swimming pools safer!

Woman alleges man raped her and chopped off hair

Next Parliament session from June 17