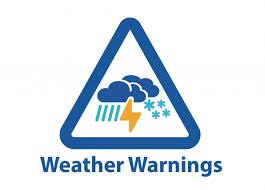 Amaravati: A second warning signal has been issued at Sir Arthur Cotton Barrage in Dowaleswaram of Andhra Pradesh as the flood level in the river Godavari crossed the 13 lakh cusecs mark on Sunday morning.

At 11 am, 13,43,836 cusecs flowed into the barrage and the same was discharged into the delta canals and the sea.

As the surge of floodwater continued, many villages in East and West Godavari districts continued to remain marooned.

The famous Goshpada Kshetram on the banks of Godavari at Kovvuru was inundated, following which temples here were closed down.

The water level touched 29 metres at Polavaram dam construction site, but all access to the project remained cut off as the main approach Kademma sluice bridge submerged.

For the fifth consecutive day, island villages under Devipatnam mandal of East Godavari district remained in darkness as power supply was cut off.

NDRF and SDRF teams were carrying out rescue and relief operations as the district administration opened special camps to provide essential items and food to the flood-hit villagers.