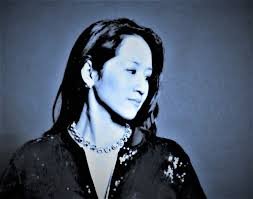 NEW YORK: With the success of her two streaming concerts, ETERNALLY SUMMER and BRILLIANCE & FERVOR, ShiZ'ka continues her association with St. John's in the Village, Musae, and Denise Marsa Productions to perform her third live stream concert on Saturday, December 12 at 7:30 PM. The program will feature music from her new program PASSAGGIO E IMPULSO.

ShiZ'ka first hit the international classical stage in 2018 with the release of her debut album SCARLATTI SONATAS. London's International Piano reviewed the album publishing, "There is no doubting that ShiZ'ka has a resonance with Scarlatti's style and her disciplined prestidigitation is perfectly in place. The order of the sonatas works beautifully."

Live performances followed to enthusiastic audiences and in July of 2020 ShiZ'ka released her second album entitled BRILLIANCE & FERVOR, a live album of the concert program she debuted live in March of 2020, as part of St. John's in the Village live streaming series. Featuring compositions by Scarlatti, Beethoven, Chopin, Rachmaninoff, and Prokofiev, it was Prokofiev that inspired her desire to research, learn, and perform more contemporary composers. The program PASSAGGIO E IMPULSO will include: Selections from Pieces de Clavecin by Francois Couperin; Selections from Scarlatti Sonatas, by Domenico Scarlatti; Renaissance, Book 2: No. 12. Gigue in E Minor by Loeilly-Godowsky; Selections from Nachstücke by Robert Schuman; Op.23 Contrabandista (The Smugglers) by Schumann-Tausig; Piano Sonata No.4 in F sharp major by Alexander Scriabin and Piano Sonata No.2 in B minor by Dmitri Shostakovich.