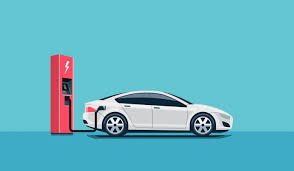 WASHINGTON: Electric vehicles will make up as many as 8 out of 10 new cars sold in 2050. But it will still be a long road before they dislodge gasoline as the predominant fuel in transportation, IHS Markit Vice Chairman Daniel Yergin writes in his new book, The New Map: Energy, Climate and the Clash of Nations.

“Oil is no longer the unchallenged king in automotive transportation. But for some time to come its writ will still extend quite widely across the realm of transportation,” Yergin writes.

IHS Markit projects that electric vehicles (including battery, plug-in hybrid, and fuel cell electric) will comprise 60-80% of all new car sales in 2050. That increased market share (from 2.2% of new car sales in 2020, according to IHS Markit data) will be driven by a greater scale in manufacturing, as well as the continued improvement of batteries. IHS Markit now projects that the average cost of lithium-ion cell cost will fall below $100 per kilowatt-hour by 2023.

Nevertheless, gasoline-powered vehicles will still comprise two-thirds of the 1.9 billion cars on the road in 2050 owing to the time it takes for the fleet to turn over. The average age of vehicles on the road in the United States is nearly 12 years.

“At least for now, the demand for electric vehicles is largely coming not from consumers, but from governments whose evolving policies are shaped by climate concerns as well as by urban pollution and congestion,” Yergin observes in The New Map.

Failure to meet new government targets for lowering emissions “could cost European automakers as much as $40 billion in fines” over the next 5 years, he adds. “That is a strong signal that is coming from regulation rather than consumer demand.”

Electric vehicles also bring their own set of challenges, particularly in the supply chain of some battery materials, Yergin observes. Electric vehicle demand for lithium could rise 1,800% by 2030 and would represent about 85% of total world demand. Demand for cobalt, another essential element in batteries, could rise 1,400 percent. And more than 50% of global cobalt supply comes from one place—the Democratic Republic of the Congo.

Nevertheless, Yergin writes that the possible emergence of what he calls a “New Triad” (the convergence of the electric car, ride-hailing and car-sharing services, and self-driving autonomous vehicles) could disrupt oil’s century-long dominance in transportation. This would give rise instead to a new trillion-dollar industry, what he dubs “Auto-Tech.”

The advent of Tesla broke “the logjam” that had held since the failure of Thomas Edison’s electric car to gain traction a century earlier, Yergin writes, and major automakers are hastening to catch up and deploy their own electric vehicles.

“The world of autos—and their fuel suppliers—has become the arena for a new kind of competition,” he concludes. “It is no longer just about selling cars to consumers for personal use. No longer just automakers versus automakers, no longer gasoline brands versus gasoline brands. It has become multidimensional. Gasoline-powered cars versus electric cars. Personal ownership of cars versus mobility services. And people-operated cars versus robotic driverless cars.”

Change does happen. Just not overnight, he says.

“At this point, there is still no global tipping point where the benefits of new technology and business models prove so overwhelming that they obliterate the oil-fueled personal car model that has reigned for so long.”

SICCI to hold contest for startups