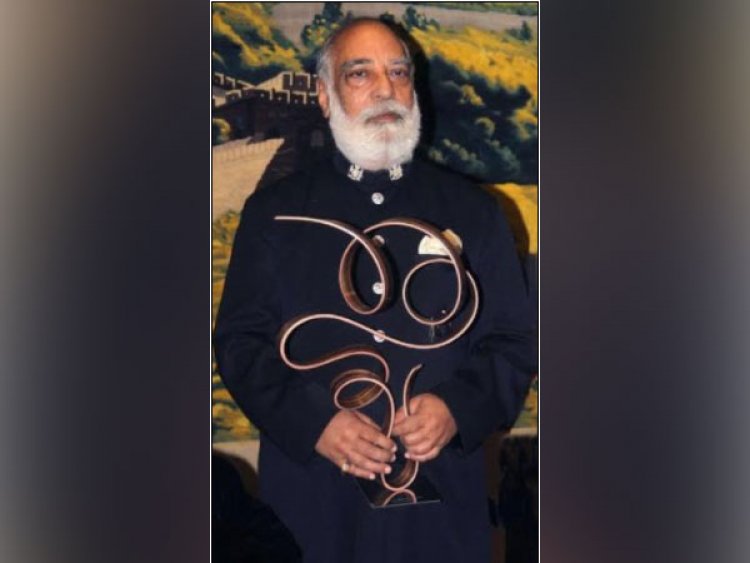 Udaipur, Rajasthan: In order to commemorate International day for Monuments and Sites, Maharana of Mewar Charitable Foundation collaborated with Urban Foundry and organised a virtual Heritage Dialogue. It composed of a panel discussion, with the theme of Memorabilia of the past, and a series of case studies on a ‘Complex Past: Diverse Future’.

On this occassion, Maharana of Mewar Charitable Foundation (MMCF), and its Chairman and Managing Trustee Shriji Arvind Singh Mewar of Udaipur also reiterated its commitment towards developing a world-class museum in Udaipur. The City Palace Museum has emerged, especially over the last two decades, as a world-class museum attracting the professional attention of several global agencies, universities and foundations.

On the International Day for Monuments and Sites 2021, Shriji shared, "Every gallery at The City Palace Museum and the development of each zone marks the completion of a planned task. It is an ongoing revitalization and modernization of the Museum which covers the Mardana Mahal and the Zenana Mahal."

Among its noteworthy galleries are: the Asia’s first silver gallery at Amar Mahal titled ‘Splendour of Silver: Reflecting the finest of Silversmithy’; the sculpture gallery titled 'Divine Gesture: The Magnificence of Mewar Spirituality', ‘Symphony of Mewar: A Royal Collection of Musical Instruments’ and ‘The Mewar Regalia’ dedicated to Textiles and Costumes; the Bhagwat Prakash Gallery where a selection of rare and archival photographs from the Museum Archives of the Maharanas of Mewar were exhibited is presently under renovation.

These permanent galleries are housed in The Zenana Mahal of The City Palace Museum where visitors are able to grasp the width and depth of the rich history of Mewar through these priceless, unique artifacts’. From 2016 onwards, The City Palace Museum was in fact setting records with over 1 million visitors every year coming to experience the Museum, its galleries, its picturesque courtyards and the historic Manek Chowk. Few cities or metros in India can claim such footfalls, especially when it comes to museums and heritage sites.

Shriji Arvind Singh Mewar’s focus on developing Udaipur as a destination, and to institutionalize excellence, is bearing fruit today. The heritage-city of Udaipur is reaffirming its identity as a centre for excellence in heritage management, hospitality, education, performing arts, fine arts, environment and sports.

"It is through pioneering the concept of ‘living heritage’ that we have developed a constantly evolving model of managing heritage and keeping it alive, dynamic and relevant to the changing times. It is our belief that this is the way forward in the twenty-first century to continue, to propagate and share our ancient legacies. It is a sustainable model because of its broad-based participation," he has said on several occasions in India and overseas.

This commitment towards excellence has witnessed the confluence of ideas and concepts presented by a galaxy of art historians, historians, conservation architects and experts at The City Palace Museum. These professionals, from India and overseas, have continued with their academic work on Mewar, Rajasthan, and shared it with new and global audiences. The publications from the Maharana Mewar Historical Publication Trust and other publishing houses are a testimony to the MMCF's dedication in generating knowledge.

As the 76th Custodian of the legacies and values of Mewar, Shriji Arvind Singh Mewar has declared his solemn duty to continue encouraging the participation of diverse stakeholders in Udaipur. "Our heritage-city has witnessed holistic and comprehensive development; there has been a steady growth and enrichment of its local economy. The MMCF is constantly working towards maintaining this trajectory of growth and development, assisting and facilitating, wherever possible, the work of the Government of Rajasthan and the Government of India. We believe that true long-term sustainability will be the outcome through partnerships with governmental and non-governmental agencies."

Four editions of the World Living Heritage Festival were organised in 2012, 2014, 2016 and 2018 at Udaipur, under the aegis of MMCF. An International Conference on Living Heritage in Udaipur, arts and crafts bazar, music and dance festivals have given a unique identity to the Festival with participation of diplomats, academicians, activists, experts and students from across the world.

The MMCF, as it turned 50 in 2019, continues to share, celebrate the tangible and intangible heritage of Mewar and Rajasthan with Indian and global audiences. This 'living heritage' has merited the support of The Getty Foundation, USA; UNESCO India Office; Ministry of Culture, Government of India; Rajasthan Tourism, Government of Rajasthan; Udaipur Municipal Corporation; Embassy of France in India; Domaine national de Chambord, France; ICOMOS; the Indian Heritage Cities Network Foundation; and Oxford eResearch Centre, Oxford University, for several of MMCF programmes and initiatives.

In 2012, WT Global Award was conferred on MMCF for its 'contribution to universal culture' at the General Assembly of United Nations Headquarters in New York. Shriji Arvind Singh Mewar received the WT Award on behalf of the Foundation and dedicated it to the people of Udaipur

A California Girl in a Jordanian World

Dussehra is a lot more than just Lord Rama defeating the...