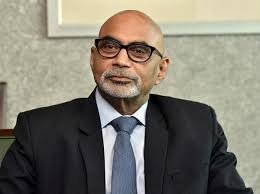 Mumbai: YES Bank lacked a culture of cost control, and under the new management, the lender is targeting to reduce operational expenses (opex) by 20 per cent in FY21 by rationalising branches and ATMs, giving up unwanted leased spaces, and renegotiating rents, Chief Executive and Managing Director Prashant Kumar has said. The city-based lender is experiencing delays in loan recovery efforts as big defaulters are approaching courts, Kumar told PTI.

He was asked to lead YES Bank in March after its rescue by a SBI-led consortium of lenders after alleged governance lapses under co-founder and CEO Rana Kapoor.

chartThe bank has already surrendered two floors in Central Mumbai’s upscale Indiabulls Finance Centre, which houses its corporate offices, Kumar said. Besides, it is aiming to renegotiate rent contracts for all 1,100 branches.
Kumar said the bank was targeting reduction in rents, a major operational overhead for lenders, by 20 per cent through the exercise. It will be shutting down 50 branches as part of a rationalisation effort, which will reduce its overall network in FY21 as there will be no new openings, Kumar said.

He said many branches are located too close to each other or are not financially viable. Automated teller machine (ATM) network is being rationalised. The bank will go back to network expansion in FY22, but the size of a branch will be much smaller than the current size, Kumar said, adding that the idea was to leverage the digital offerings to reduce dependence on branches.

In the September quarter, YES Bank converted 35 rural branches to business correspondent locations, he said, pointing out that operational costs per month came down to Rs 35,000 per month from Rs 2 lakh through such moves.

As the changes in business happen, the bank is deploying its employees to newer functions as per the need, Kumar said. As part of the rescue scheme, the bank was committed to employ all the existing employees at least for a year. Kumar said the bank had a talented employee base and assured that there would be no excess staff as all the existing ones would get redeployed.

Budget likely to spell out roadmap for banking sector reforms,...