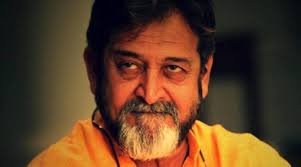 Pune: A man has filed a police complaint against filmmaker-actor Mahesh Manjrekar for allegedly slapping and abusing him after his car hit Manjrekar's vehicle here in Maharashtra, a senior police official said on Sunday.

The incident took place on Friday night near Yavat village on Pune-Solapur highway following which police registered a non-cognisable offence against Manjrekar, the official from Yavat police station said.

The complainant, Kailas Satpute, alleged that his vehicle hit Manjrekar's car from behind after the filmmaker applied sudden brakes, he said.

Manjrekar then stepped out of his car and both of them had an argument, following which the filmmaker allegedly slapped and abused Satpute, the official said.

The man later filed a police complaint against Manjrekar.

The national award winning filmmaker has directed critically-acclaimed Hindi films like "Vaastav" and "Astitva", and a number of Marathi movies.

Siddharth Nigam becomes the youngest actor in India to...

I was so hard on myself for years: Kanan Gill