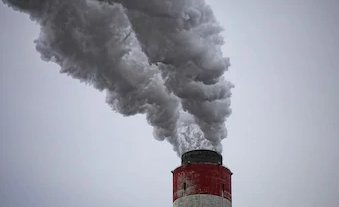 A delegation of factory owners met District Magistrate Ajay Shankar Pandey on Thursday and apprised him regarding the closure of their factories in Loni, according to the official.

The air quality has worsened the National Capital Region on Thursday to reach 'severe' levels,

It gave assurance to adopt all the measures to improve the air quality so that residents of Loni and adjoining areas do not not face breathing problems. Office-bearers have handed over a list of 600 employees to whom they are paying their salaries in spite of closure, Anjum said.

Cyclone Vayu no more a threat, evacuees can return: Gujarat...